Talk To A Missouri Licensed Medical Marijuana Doctor And Get Approved Or Your Money Back!

How To Get Your
Medical Marijuana Card in Missouri 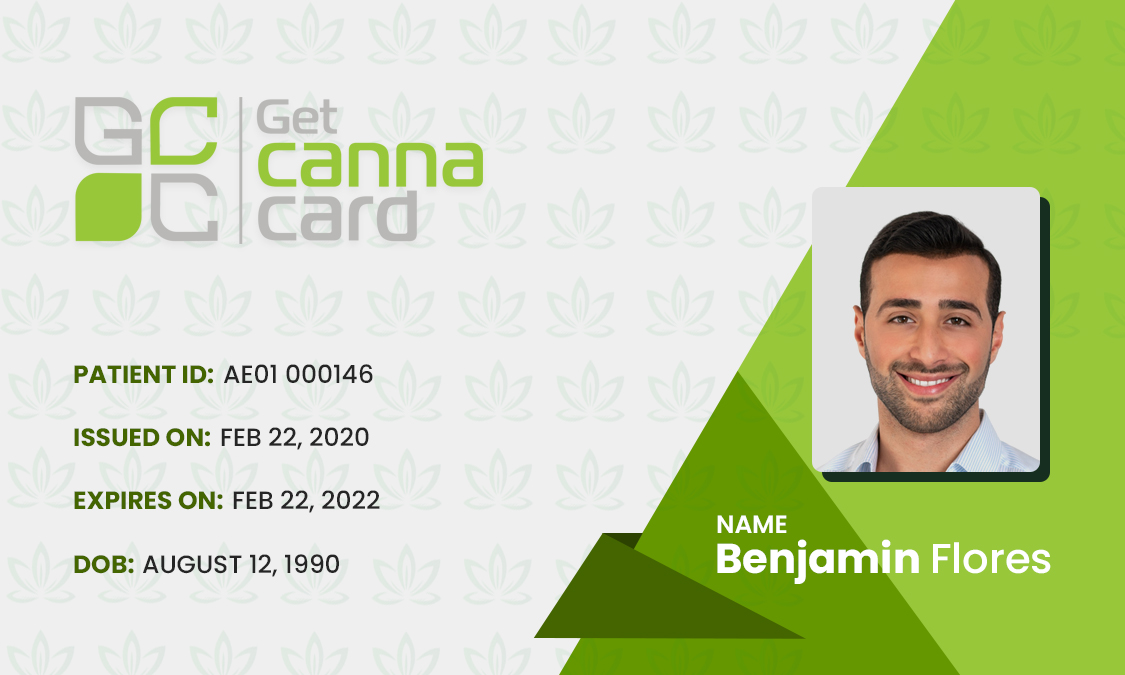 What You Get Using Get Canna Card In Missouri

If you are not approved for a Missouri medical cannabis card by a doctor for whatever reason, we issue a refund in FULL.

Your recommendation is valid for up to 1 year in Missouri and you will need to re-certify your license with another appointment when it expires.

Yes, all applicants must provide a Missouri state-issued driver’s license or identification card to prove their place of residence. Otherwise, they are not eligible for a medical cannabis card.

The first and most important step is to schedule a physician appointment with Get Canna Card. You will need to upload your medical records. After the appointment and if you are approved, the physician will recommend certification for medical marijuana treatment.

The initial consultation with a licensed physician usually takes 10-15 minutes. It takes the Department of Health and Senior Services (DHSS) 30 days to review the license application. Then, you can print your card from the application portal.

If you’re not initially approved for a medical card, you may submit corrections within 10 days on the application portal. That being said, Get Canna Card has helped many patients in Missouri and has a very high approval rate for medical cannabis licensure; however, if you are not approved, you will be refunded in full.

You may only legally purchase medical marijuana from a state-licensed facility. If you are a patient cultivator, you may also be able to purchase cannabis plant seeds from a licensed Seed to Sale Provider.

The Missouri constitution does not reference or prohibit firearms for people who are legally consuming cannabis, though it may be in violation of federal laws.

If you are a licensed medical cannabis patient cultivator, you may cultivate six plants in a secure and locked location that only you have access to

Yes. Previous convictions do not disqualify you from the program. It is important to note that the state can revoke your license in the instances of certain types of criminal conduct.

Places to Visit in Missouri After Enjoying Your Medicine

Home of The Gateway Arch, the Show-Me-State boasts a renowned botanical garden, as well as Silver Dollar City, an 1880’s Ozark-themed amusement park. Be it deep in the Meramec Caverns or in the vast and open Forest Park, it’s possible to explore many sides of Mother Nature in Missouri. The state is also famous for the St. Louis and Kansas City Zoos. Taking a detour on the way to any of the statewide dispensaries to one of the below best places is a great idea.

St. Louis
With so many places to stop in St. Louis, the three most notable may just be the zoo, science center, and museum, all named after the city on the border of Missouri and Illinois. Beyond animals, scientific discovery, and history, St. Louis also offers the iconic Gateway Arch in the center of the mini-metropolis. What is called an “engineering marvel” by U.S. News & World Report, the stainless steel 630-foot arch is a must-see when in town. In 2018, the state invested in a set of galleries underneath the famed sculpture that detail the history of the western expansion landmark.

Silver Dollar City
Shopping, eating, and enjoying live entertainment are just some things locals and visitors do in Silver Dollar City. The Branson-based 1880s theme park also boasts Marvel Cave, a cavern famous in the mining town. Planetware reports that “the cave was first discovered by the Osage Indians in the 1500s and since that time has attracted explorers looking for the Fountain of Youth, miners of marble and bat guano, and archaeologists.”

Forest Park
Still renowned for hosting the 1904 World Fair more than a century later, Forest Park still boasts 1,300 acres of urban parks filled with ponds, gardens, and up to 45,000 trees. Within the park, the St. Louis Zoo and Science Center and the Missouri History Museum are open for visitors to enjoy. Lastly, Forest Park has endless entertainment at America’s oldest and largest outdoor musical venue called The Muny.